What’s Wrong with This Picture?

“Photography game farms” offer visitors the chance to pay for a quick, easy shot of captive animals that are brought out for photo shoots but often kept in poor conditions 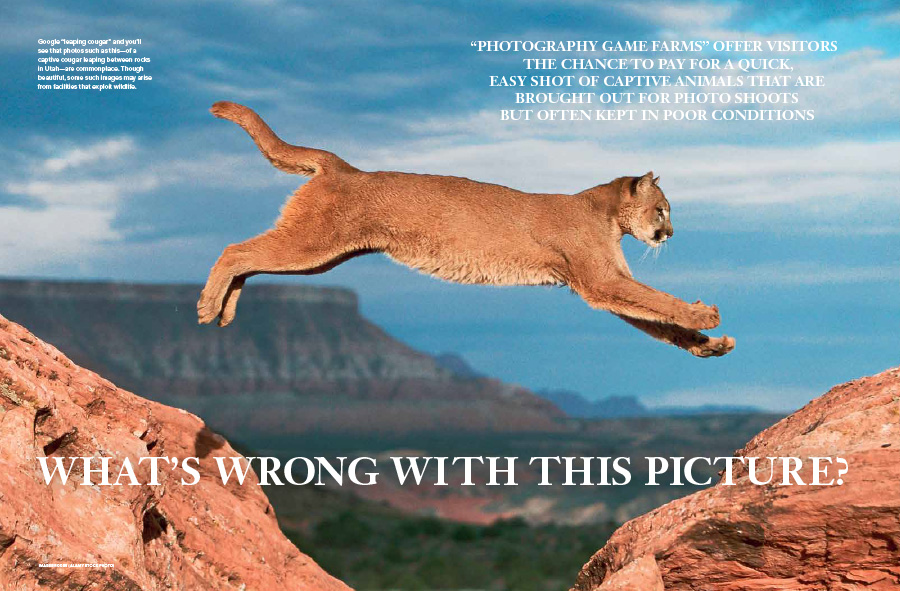 Google “leaping cougar” and you’ll see that photos such as this—of a captive cougar leaping between rocks in Utah (above)—are commonplace. Though beautiful, some such images may arise from facilities that exploit wildlife. At the Triple D Game Farm in Montana, a caged cougar (below, top left) awaits transport. Animal handlers move the animals (below, top right) for customers to photograph. Sometimes animals are transported to scenic locations off site. On site, handlers may use toys or food to coax wolves (below, bottom left) to pose so photographers can zoom in for dramatic portraits (below, bottom right).

YOU'VE SEEN THEM—those impossibly stunning images of elusive wild animals on magazine covers, in calendars and all over social media. Perhaps it was a heart-stopping photo of a mountain lion jumping between rocks, a tiger surging through snow straight toward the camera or adorable bobcat kittens peeking over a log. You marveled at the photographer’s courage, timing and luck. And as a fan of photography, you wanted to know how you could make photos like that, too. 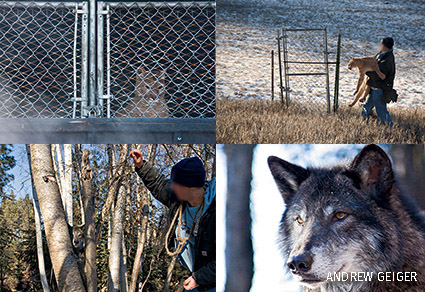 But what if you found out that some of those images hid tales of neglect? That the elusive predators that seemed so wild and free were actually spending much of their lives in small cages with concrete floors and only enough space to turn around—occasionally let out of their cages to serve as subjects for photographers?

That is precisely the nature of some facilities that participate in the little-known industry of “photography game farms” in the United States. Through extensive examination of multiyear federal and state records obtained through Freedom of Information Act requests, I learned that a few photo game farms (in Montana and Minnesota) are the exotic parallel to domestic puppy mills, breeding and selling wild animals such as wolves, foxes and lynxes. Some of the babies are separated from their mothers at early ages and sold to buyers such as dealers or roadside zoos. Others are kept to feature in baby animal photography workshops, but when the animals reach adolescence, they may be viewed as surplus and sold off via the exotic pet market.

For decades, photo game farms have drawn amateur and even professional photographers who come for staged photo shoots, paying as much as $500 for a single session with a large species such as a tiger or bear. Many photographers then return home, upload their photos to websites, license them to stock agencies and share them on social media, often not disclosing that their subjects are captive. The result: The wildlife photography market is flooded with thousands of what many professional wildlife photographers consider to be deceptive images, and many admirers of such photos—from purchasers to friends and followers—assume they’re seeing amazing shots of elusive predators taken in the wild. This may give the public the impression that these animals—even some that are endangered such as snow leopards—are thriving in the wild. From a natural history standpoint, this could be a misleading message that hurts conservation efforts. 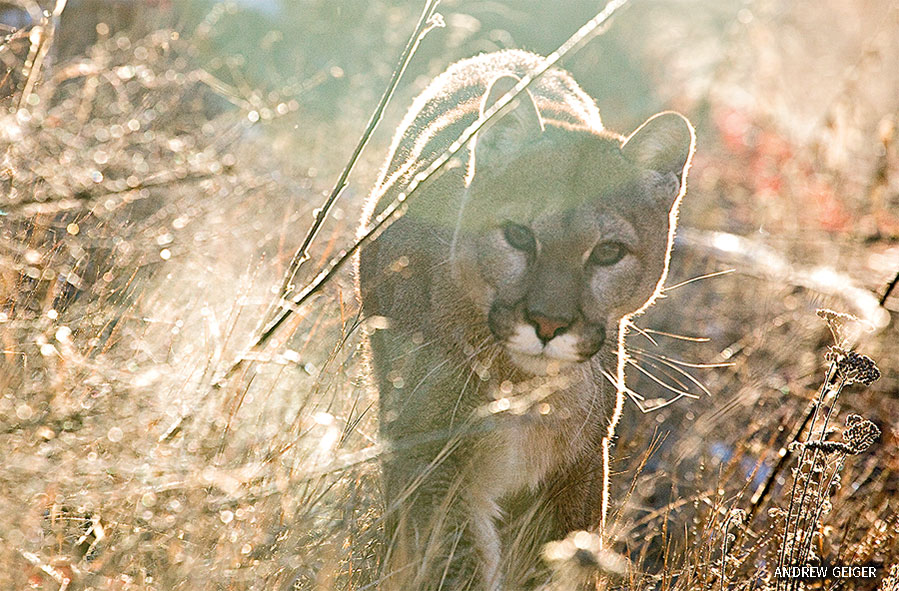 Although allowed to move through fenced natural settings (above), there’s little that’s natural about how wild animals at photo game farms are sometimes acquired, bred and housed. An aerial view of the Animals of Montana photo game farm in Bozeman, Montana (below), shows wolves held in small enclosures. In 2021, the facility lost its license to operate in the state.

“Photos that pour out of game farms flood the photo market and devalue the work and commitment of photographers who spend tremendous time, effort and resources trying to bring us rare glimpses of remarkable animals in their native homes,” says conservation photographer Michael Forsberg. Some of these images made in nature “may not be catalog perfect,” he adds, “but what truth would you rather see and what story would you rather hear? That a photographer paid money to have someone take a wolverine out of its cage ... for an hour, or that after half a lifetime logging miles in the backcountry, the photographer finally saw a wolverine appear for a brief moment crossing a high alpine snowfield?” 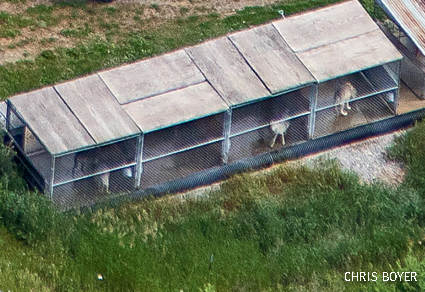 For photographers like Forsberg and many of our colleagues, it is possible to make even “catalog perfect” images ethically in the wild. But those who do often spend months, even years, learning about an animal’s behavior and habitat and observing from a distance so they’ll know how to avoid stressing an animal or altering its natural behavior.

Continual advances in camera technology are also enabling wildlife photographers to capture images of elusive predators like never before. Remote camera trapping in particular is a powerful tool for obtaining such photos. “Capturing images of mountain lions in the wild is so hard because they are often incredibly secretive,” says Charlie Hamilton James (whose camera trap image of a wild mountain lion graces the cover of this issue). “Camera traps allow me to get images of them up close and at a wide angle. This not only helps me to capture a secret moment, but it reveals the landscape that the cat lives in, so it tells a story.” 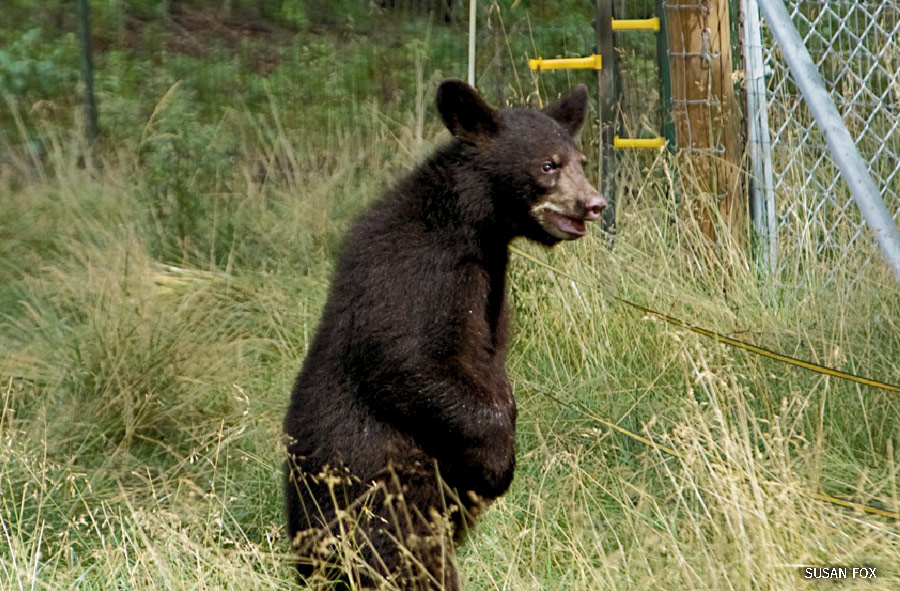 A bear cub (above) stands within an enclosure at the Triple D Game Farm in Montana. And at Minnesota Wildlife Connection (below), customers come close to photograph a captive fox.

The value of doing your homework

As more nature photo consumers—along with state and federal regulators—have learned about the often low standards of care for captive animals at some photo game farms, these facilities are less numerous than they once were, with only a handful still operating in the United States. Yet the few that remain continue to take a toll on the animals that inhabit them.

It’s relatively easy to purchase and exhibit exotic animals in the United States. An exhibitor’s license from the U.S. Department of Agriculture (USDA) costs from $40 to $310 a year depending on the number of animals held. Basic standards of captive animal care must be met, such as shelter from weather extremes and adequate veterinary care. But some photo game farms have been found to fall short. During an inspection in 2021, for example, the Triple D Game Farm in Kalispell, Montana, was cited by USDA for alleged animal welfare violations—such as keeping animals in dirty enclosures tainted with feces, flies and filthy water. 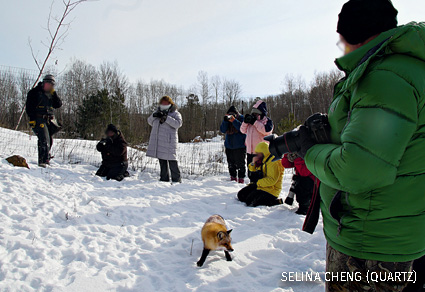 Such inspections are required once a year, but even if violations are found, enforcement may be lax. In 2015, for example, USDA revoked the license of Minnesota Wildlife Connection Inc. in Sandstone after it was cited for several alleged animal welfare violations, including failing to ensure uncontaminated food and failure to handle animals “so there is minimal risk of harm to the animals and to the public.” (During a public photo shoot, one of the facility’s wolves reportedly attacked a child and was consequently euthanized.) Yet the facility still operates as a photo game farm. When I contacted the USDA asking about this, an administrator replied, “The investigation is still open.”

Despite the greater availability of quality remote camera traps, photo blinds and other advances that help wildlife photographers capture stunning images of elusive animals in the wild, it’s costly and time-consuming to go into the field. So there’s no question that captive wildlife can hold great appeal for many people, who can point their lenses at species from faraway places they may never be able to visit. And because they may be somewhat acclimated to people, these animals often display natural behaviors such as preening or playing, seemingly oblivious to onlookers.

Fortunately, there are many zoos and aquariums that offer opportunities for wildlife photography while remaining committed to high standards of public education, conservation and care. And there are true sanctuaries, which rescue abused, impounded, abandoned or injured wildlife. As photographers, it’s up to each of us to do some research before visiting any captive facility to determine whether it’s a place that exists to exploit animals or to care for and conserve them. Here are a few tips on how to select an ethical facility for captive wildlife:

First, if you want to photograph animals at a zoo or aquarium, look for accreditation by the Association of Zoos and Aquariums (AZA), which ensures rigorously high standards of animal welfare and veterinary care as well as robust conservation and public education efforts. (The Zoological Association of America has somewhat less-stringent requirements.)

If visiting a wildlife sanctuary, check for accreditation by the Global Federation of Animal Sanctuaries or the American Sanctuary Association, both with very high standards for all facets of captivity, including living quarters, enrichment activities, veterinary care and conservation education.

Even if a facility such as a small rehab or rescue center doesn’t yet have formal accreditation, it may still provide excellent care. One thing to ask is if the facility buys, sells or breeds animals: When animals are treated as commodities, profit often trumps animal welfare, and such commercial trade can fuel illegal wildlife trafficking. Also watch out for claims of breeding for conservation: Unless a facility is part of AZA’s Species Survival Plan, such claims are likely untrue. And ask if a facility offers pay-to-play, hands-on experiences with predators such as big cats. Such practices put both the public and animals at risk.

Zoos, aquariums and sanctuaries that care for captive animals play an important role in inspiring people to connect with nature and support conservation. “Nature needs an engaged, inspired public now more than ever,” says Joel Sartore, founder of the National Geographic Photo Ark. Attempting to document the world’s species before they disappear, Sartore does most of his animal portraits in zoos. “Most people cannot travel far and wide to view wildlife,” he says, “so I believe deeply that good zoos—ones where there’s abundant attention and care—keep people engaged and informed. People won’t save it if they don’t love it.”

To help you learn more, you can download a sampling of facilities across the United States that I feel offer great opportunities for captive wildlife photography in relatively natural settings. But from my experience, there’s no substitute for spending time observing wildlife roaming free in the wild. You may not get that “perfect” picture, but you’ll get memories that will last a lifetime.