Wildlife gardeners are getting HOAs to relax rigid landscaping rules 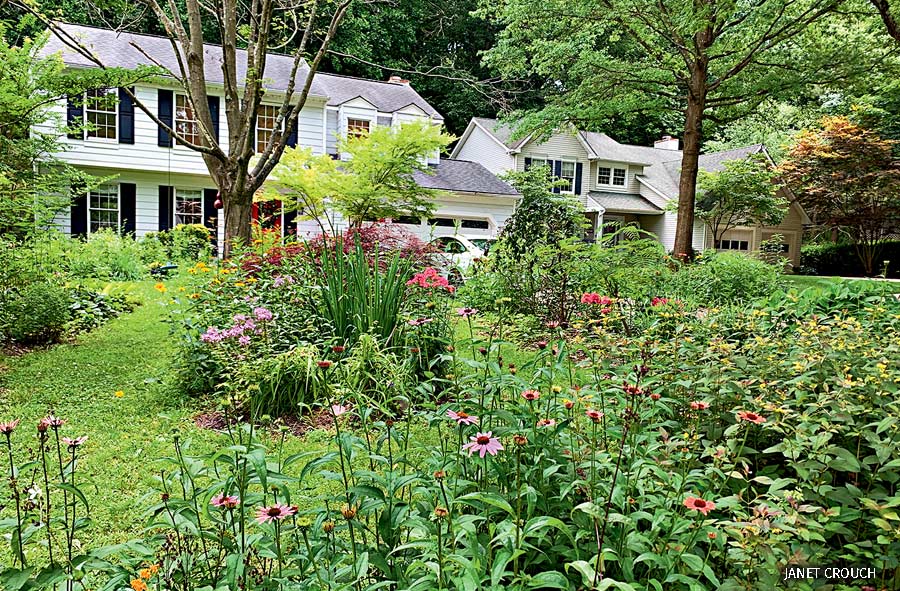 Filled with colorful native plants, the Crouches’ Maryland garden (above) supports pollinators, including ruby-throated hummingbirds (below).

FIFTEEN YEARS AGO, when Janet Crouch planted a pollinator garden in her Columbia, Maryland, front yard, she had no idea she’d have to fight her homeowners association (HOA) in order to keep it. Today, her coneflowers, goldenrods, butterfly weeds and black-eyed Susans are finally safe from threats of obliteration by her HOA—and thanks to Crouch’s efforts, other state residents living in HOA-governed communities can feel free to nurture wildlife habitat on their property as well. 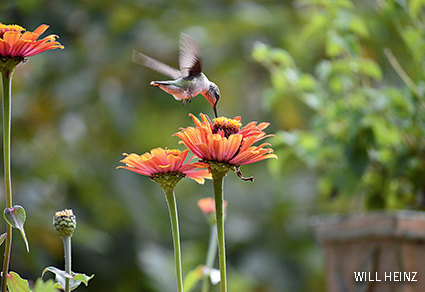 In 2017, “we decided to fight when we started getting nasty letters from HOA-hired attorneys telling us to remove our pollinator garden,” says Crouch. After a long legal struggle, Crouch and her husband came to a settlement with the HOA on December 31, 2020, in a pretrial agreement allowing them to keep their bird and butterfly haven.

In the midst of the battle, Crouch also contacted her state delegate, Terri Hill, for help. In 2021, Hill sponsored a bill giving homeowners new rights over landscaping choices in their yards. The bill passed both the Maryland Senate and House and became law on October 1. Now, HOAs throughout the state must permit “low-impact landscaping,” which includes growing native plants, xeriscaping and installing rain gardens.

Yet in recent years, little by little across the country, restrictions on wildlife-friendly yards have begun to fall by the wayside. Sometimes, it is enlightened members of HOA boards who make the changes. More often, members of the community work to update rules. In other cases, city or county ordinances or state laws, as in Maryland, overrule old regulations.

That’s also what happened in Florida. Since 2009, a state statute has allowed homeowners in HOA-run communities to follow what’s known as Florida-friendly landscaping, which is designed to attract wildlife and conserve water along with other environmentally sustainable practices. But Gail Hansen, an associate professor in the University of Florida’s Department of Environmental Horticulture, cautions that even with the law on their side, residents still must get permission from their HOA board to modify landscaping rules—and that can be a complicated process.

She recommends starting small. “The backyard is a good place to begin,” Hansen says. In the front, which is more visible, the best thing to do initially is get permission to expand flower beds and reduce turf grass by an equal amount. “If you decide to develop a landscape plan for your entire property, get photos of nicely designed yards in your community with wildlife gardens or native plants to show members of the board what your yard is going to look like,” she says. “This makes a world of difference in getting the plan approved.” Hansen also suggests including photos of native plants you intend to use. “It helps the members of the board visualize the yard” and shows them that the new plants will be attractive, especially if you use varieties with colorful blooms and berries.

To help navigate—and improve—HOA rules, the National Wildlife Federation last May published a Guide to Passing Wildlife-Friendly Property Maintenance Ordinances, which provides model ordinances as well as landscape plans. “There’s no need to reinvent the wheel,” says Patrick Fitzgerald, NWF’s senior director of community wildlife. “Take these model plans and adapt them to your community.” The guide also includes advice for adding natives to an HOA’s list of permissible plants, especially the milkweeds that sustain monarch butterflies, too often classified as noxious or nuisance plants. 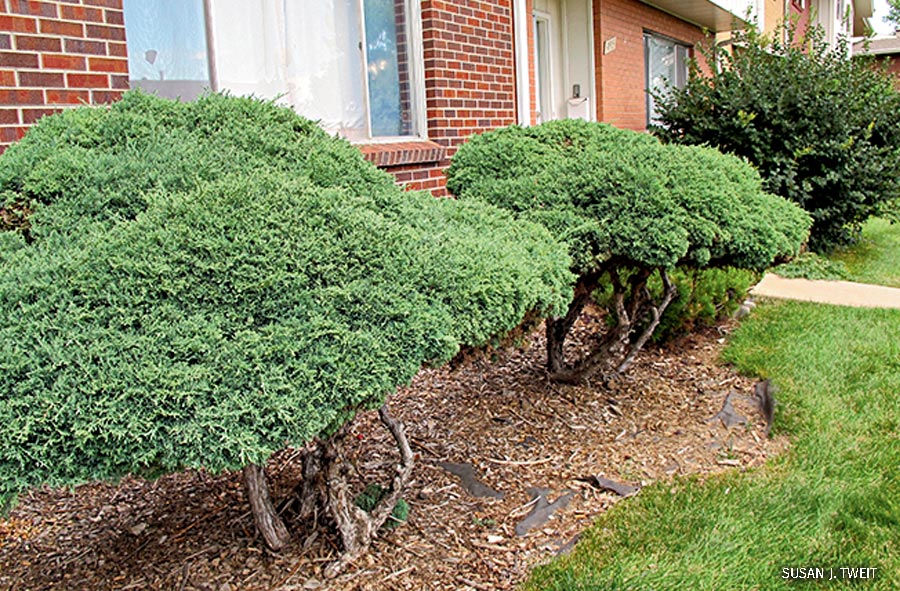 When Don Ireland convinced the HOA board to replace his Colorado condo’s conventional landscaping (above) with native plants and shrubs (below), the community saved money and boosted biodiversity as well as property values. 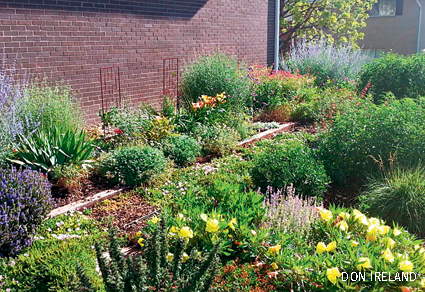 Working from the inside

Another way to bring about change is to become a member of an HOA board of directors. That’s what Don Ireland did. After attending board meetings for a couple of years where he lived in Denver, Colorado’s, Cherry Creek 3 condominiums, he decided to run for president. His initial reform was to cut water bills for the condo’s 251 units by installing water-saving toilets. Later, Ireland convinced the board they could save even more money by taking out the dated landscaping and replacing it with native plants that require less water and can thrive without expensive fertilizers and pesticides. “We removed chunks of Kentucky bluegrass and put in shrubs and perennials, including many pollinator plants,” he says. In addition, they planted 40 trees. “We are seeing butterflies and birds we didn’t see before,” he says. “We also boosted our property values.”

With tens of millions of U.S. homeowners living in similar HOA-governed communities, the possibilities are endless, and the stakes are high. “If HOAs would make even small changes,” says Ireland, “they could create better habitat for pollinators and other wildlife nationwide.”