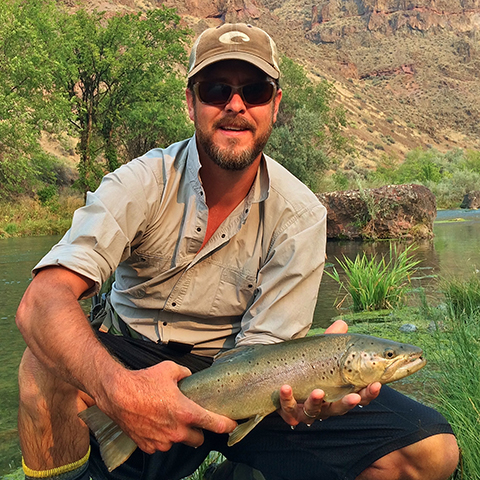 Aaron is lifelong Westerner, originally from Wyoming, who possesses a deep appreciation for the West, its people, and its wild country. He comes to National Wildlife Federation from Trout Unlimited, where he worked on public lands issues for their Sportsmen’s Conservation Project for four and a half years. Aaron went to college in Gunnison, Colorado, and received his M.S. from the University of Montana. He is an avid hunter, angler, boater, and all-around outdoor enthusiast. He lives with his wife and two children in Salida, CO, and serves on the Board of Directors for the Central Colorado Conservancy. Aaron focuses on numerous hunter/angler conservation efforts for the National Wildlife Federation including keeping public lands in public hands, promoting responsible energy development, advocating for pro hunting, angling, and wildlife policies in state legislatures, and elevating the National Wildlife Federation’s sporting voice across the country.