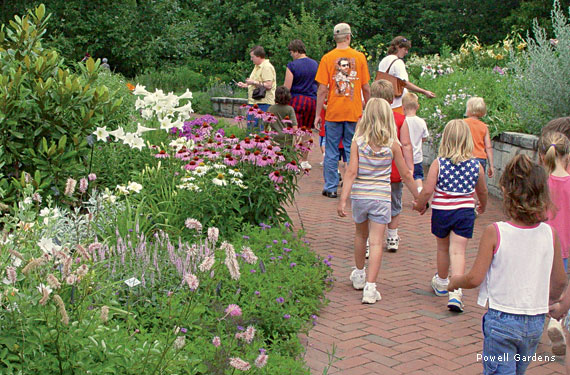 MEAD'S MILKWEED grows hidden deep in the tallgrass prairie, yet monarch butterflies never have trouble finding the plant and laying their eggs on its leaves. Though monarch caterpillars devour most of its foliage, this native perennial easily withstands the assault to grow and flourish the following year. A more formidable foe has been the destruction of midwestern prairies—which has wiped out the plant across much of its range. In 1988, the U.S. Fish and Wildlife Service listed Mead’s milkweed as threatened under the U.S. Endangered Species Act. 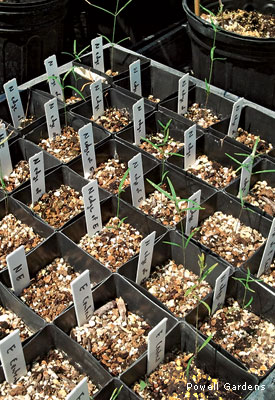 As part of the species’ federal recovery plan, Powell Gardens, a botanical garden near Kansas City, Missouri, cultivates Mead’s milkweed. “We have great greenhouse facilities and staff with the capability to produce any kind of plant,” says Alan Branhagen, director of horticulture for the gardens. Most of these difficult-to-propagate Mead’s seedlings are transplanted to prairies across the state. Others are planted on Powell’s grounds, where they provide a bulwark against potential disasters such as a disease outbreak in vulnerable wild populations.

Like Powell, botanical gardens across the country—once known primarily for growing and showcasing exotic species—are now paying more attention to the nation’s native plants, with many institutions actively promoting and preserving natives. In Colorado, for example, Denver Botanic Gardens—designated a Certified Wildlife Habitat® by the National Wildlife Federation in 2016—helps protect native species by keeping tabs on about 70 of the state’s most rare and endangered plants. “Back in 1995, we began to monitor several populations of skiff milkvetch, a native plant found in the same habitat as Gunnison sage-grouse,” says Rebecca Hufft, associate director of applied conservation for the gardens. “Our data were used by the U.S. Fish and Wildlife Service to propose the plant for listing.”

According to Sarah Beck, a program manager for the American Public Gardens Association, botanical gardens contribute to native plant conservation in several other ways. “Education and outreach are very important,” she says. “Public gardens show people that native plants can be beautiful. They elevate the plants by growing them in a variety of design contexts, from naturalized settings to formal gardens. It changes people’s perception.”

“At botanical gardens, people can see firsthand what native plants look like,” agrees Mary Phillips, director of NWF’s Garden for Wildlife™ program. “It helps them get a sense of what will work in their own yards.” She says more than 50 botanical gardens across the country have been certified by the Federation. One, the U.S. Botanic Garden in Washington, D.C., became NWF’s 100,000th certified habitat in 2008. Phillips says the garden’s extensive collection of plants native to the Mid-Atlantic is an inspiration to gardeners who visit from throughout the region. 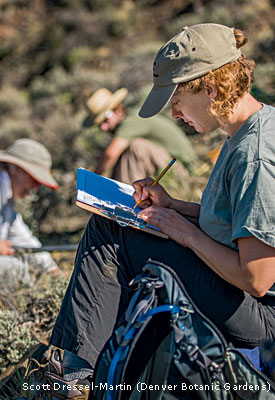 On the other side of the country, in southern California, tiny Manhattan Beach Botanical Garden also teaches visitors about natives. This NWF-certified habitat grows drought-tolerant, indigenous grasses, sages, shrubs and trees on slightly less than an acre and encourages people to cultivate similar plants in their own yards. Garden staff also hold free classes on sustainable landscaping, composting and rainwater harvesting.

Seeds in the Bank

Other gardens collect and store plant seeds as part of a highly specialized undertaking called seed banking. One program focusing specifically on natives is Seeds of Success East, the extension of an effort launched more than a decade ago in western states by the federal Bureau of Land Management. In 2015, the program expanded to help restore Mid-Atlantic habitat devastated by Superstorm Sandy.

“In the past, restoration projects in the eastern U.S. often had to rely on seeds from nonnative plants or from other regions of the country,” says John Randall, director of conservation programs for the North Carolina Botanical Garden, one of five institutions participating in the effort. But now, Seeds of Success East collects and stores the seeds of approximately 120 indigenous eastern species. In spring 2017, the North Carolina Botanical Garden will ship millions of seeds of black needlerush alone—in addition to Olney’s three-square bulrush and other native wetland plants—to Blackwater National Wildlife Refuge on Maryland’s Eastern Shore as part of an effort to replant 30 acres of high salt marsh. And Virginia’s Back Bay National Wildlife Refuge will receive seeds for blue mistflower, early goldenrod and other local pollinator plants to help transform two newly acquired parcels of abandoned farmland to meadow.

Randall points out that land managers and conservationists need to keep native seeds in the bank to anticipate future hurricanes, catastrophic fires and other natural disasters. “We have the expertise to collect and store seed for restoration projects,” he says. “It is a really important role that botanical gardens are playing.” 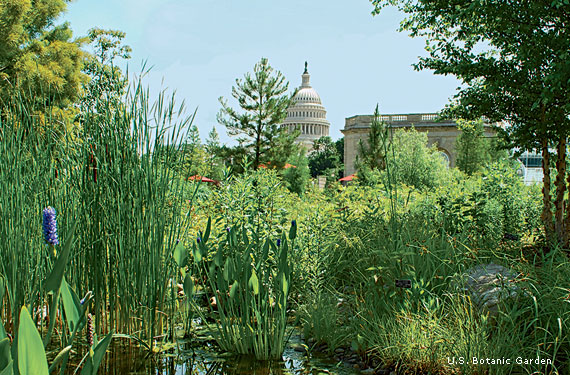 Checkout the public gardens in your area that are designated as a Certified Wildlife Habitat® by the National Wildlife Federation. These gardens provide wildlife gardeners with ideas for layered native plantings, unique habitat features and a multitude of native plant inspirations. Visit: www.nwf.org/cwhpublicgardens

Doreen Cubie wrote about bats in the October–November 2016 issue.