Impacts of insecticides and climate on songbirds, altruistic plants and more 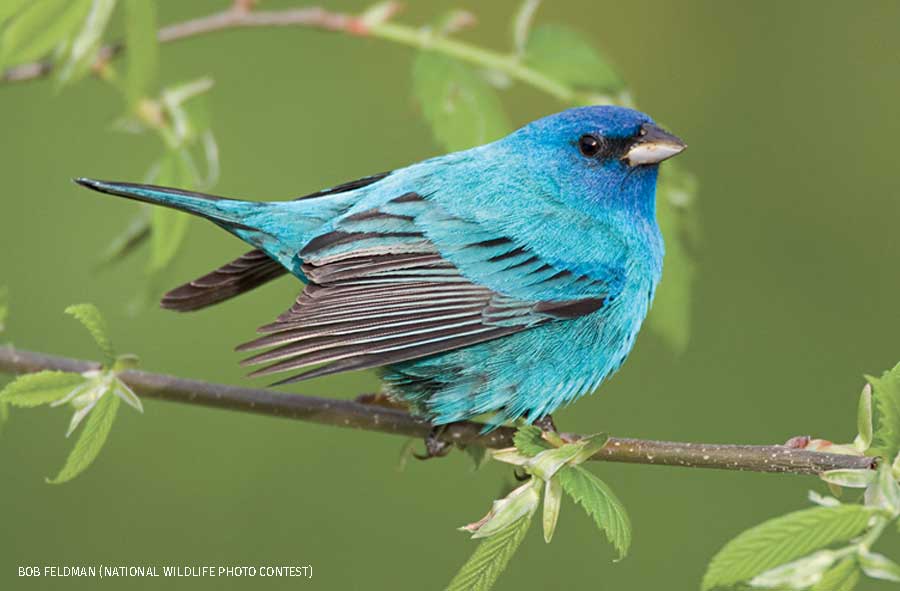 Recent research has confirmed the lethal effects of the world’s most widely used class of insecticides, neonicotinoids, on bees. Now, Canadian scientists provide the first documentation that the chemicals may also be toxic to migratory songbirds. In laboratory studies of white-crowned sparrows (below), the researchers found that the birds became disoriented and lost as much as 17 percent of their body weight after eating the equivalent of just four seeds a day treated with one of the chemicals. 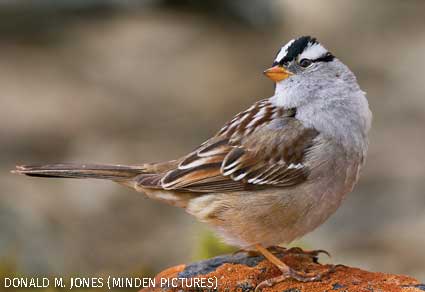 "The effects we saw were severe enough that the birds would likely experience migratory delays or changes in their flight routes that could reduce their chances of survival,” says University of Saskatchewan biologist Christy Morrissey. Writing in Scientific Reports, the researchers say they didn’t anticipate that the birds would suffer acute toxicity from ingesting such low levels of the insecticides. The finding is significant: In springtime, U.S. and Canadian farmers plant neonicotinoid-coated seeds on more than 100 million acres, just as birds are stopping in agricultural fields to refuel on their journeys north to breeding grounds.

In another landmark study, a team of North American scientists has uncovered new evidence that climate change may be preventing some songbirds from successfully raising young. Analyzing 12 years of data, the team found that changing climatic conditions are triggering spring plant growth earlier than normal in eastern North America and later than normal in the West, altering the timing of insect emergence. As a result, some bird species that breed in eastern forests arrive too late to benefit from emerging insects, while some western bird species reach breeding sites too early. The biologists note in Scientific Reports that nine of 48 songbird species they analyzed, including the indigo bunting (top), increasingly can’t reach mating grounds in time to find enough insects to produce healthy young. In addition, the rate of change may be outpacing some species’ efforts to stay in sync. “The rate is concerning, given predicted accelerating climatic changes,” says University of Florida scientist Rob Guralnick. This project is the first to examine the mismatch between birds’ springtime arrival and plant growth in North America. 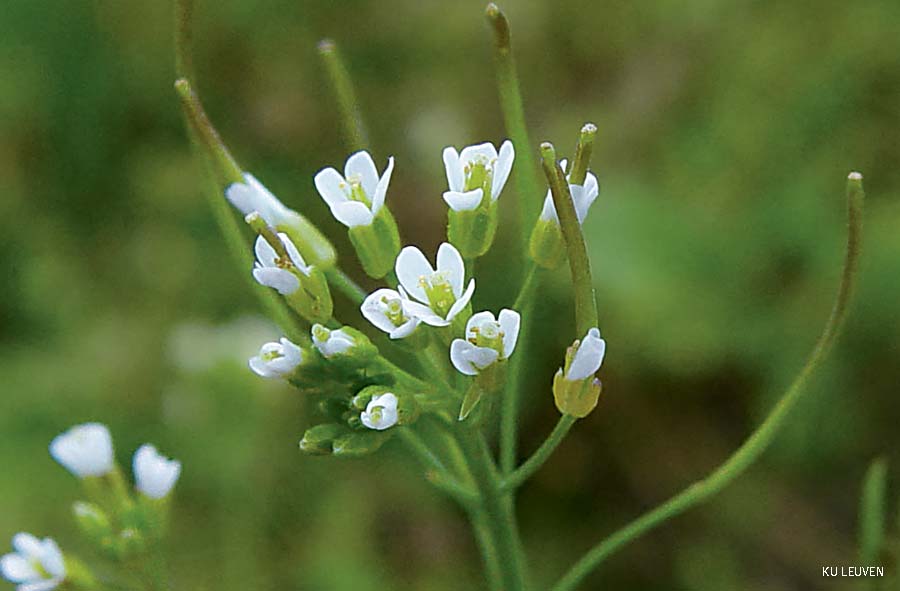 University of Delaware researchers report that when insects damage certain mustard plants’ leaves, the victims send out emergency alerts to neighboring plants of the same species, which then build up defenses to ward off insect invaders. The two-year laboratory study focused on a common mustard species, Arabidopsis thaliana (above), also known as mouse-ear cress. The scientists found that the plant sends signals from its leaves via airborne chemicals called volatile organic compounds. “The plant is not releasing these chemicals to help itself but rather to alert its plant neighbors,” says botanist Harsh Bais, a behavior akin to altruism. In their study, the researchers discovered that within a day after a plant received warning signals, its roots grew longer and more robust, perhaps because the warning triggers a growth hormone in healthy plants. “I didn’t believe it at first,” Bais says. “We expected an injured plant to put more resources into growing its own roots, but we didn’t see that.” The study, published in Frontiers in Plant Science, suggests that by extending their roots, uninjured plants are foraging deeper in the soil to absorb more nutrients to strengthen their resistance against insect attack.