Reconnecting and restoring habitat corridors is a top conservation priority. 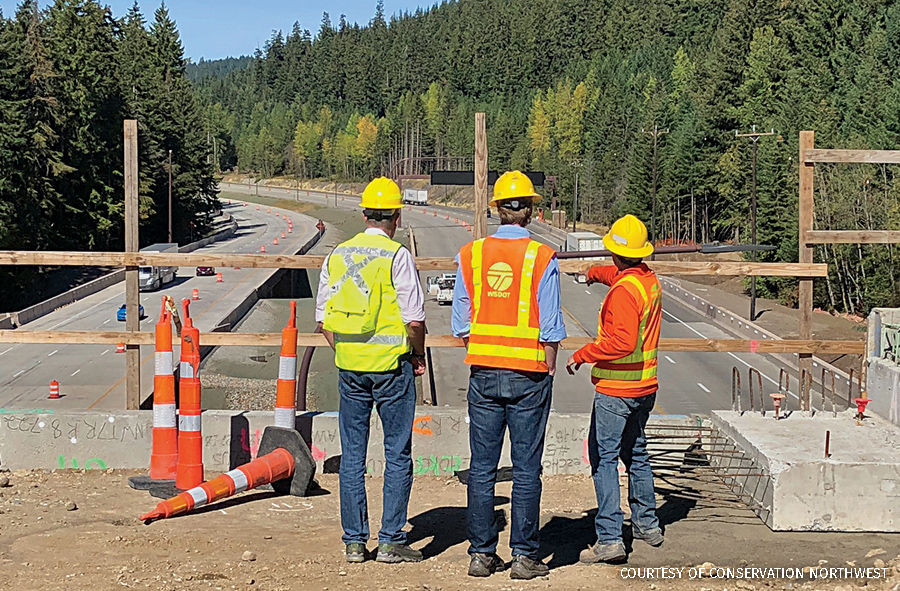 IN THE 1800s, egrets and pelicans were nearing extinction due to demand for plumes. To save the birds, in 1903 President Theodore Roosevelt established Florida’s Pelican Island, our nation’s first national wildlife refuge.

That was the conservation model at the time: To save a species, protect its immediate habitat. But that approach had a flaw. Animals move. They forage for food or search for mates. Some make long seasonal migrations. Such movements are becoming more difficult in the face of habitat fragmentation, invasive species, disease and climate impacts. Unintentionally, we marooned wildlife on islands of disconnected habitat.

Today, the National Wildlife Federation has made reconnecting and restoring habitat corridors a top priority across the nation, an effort that requires collaboration among state and federal agencies, private landowners, partners and our 51 dedicated state and territorial affiliates.

To accomplish this, we’re reducing conflict on public lands by buying grazing allotments from willing sellers to curb disease transfer between domestic livestock and bighorn sheep and bison. In collaboration with the U.S. Department of the Interior, state agencies and private landowners, we are improving corridors for mule deer, elk, pronghorn and moose by restoring habitat, removing fencing and reducing risks from energy development. Our affiliates, especially Conservation Northwest in Washington and the Wyoming Wildlife Federation, are working to build wildlife crossings to reconnect habitat divided by highways. And in California, we’re finalizing plans to build the world’s largest wildlife crossing to reestablish connectivity for the Los Angeles-area cougar population that has been playing roulette crossing 10 lanes of freeways to find food and mates.

Our work is not limited to large mammals. We’re also helping to reestablish flyways for migrating butterflies, including monarchs, by restoring millions of acres of native milkweed and nectar plants along the insects’ vast migration routes. We’re trying to restore fish populations by modifying or removing dams that sever migration routes. And we’re encouraging legislation and federal funding that support safe passage for wildlife.

As temperatures rise and threats from disease and invasive species spread, helping wildlife to roam could mean the difference between survival and extinction. By restoring and expanding corridors, we are helping wildlife adapt to today’s multidimensional threats. I hope you’ll join us in this critically important work.

Wildlife Corridors: Running the Gauntlet »
Under the Weather »
Wildlife Up Against a Wall »
Read Last Issue's President's View »