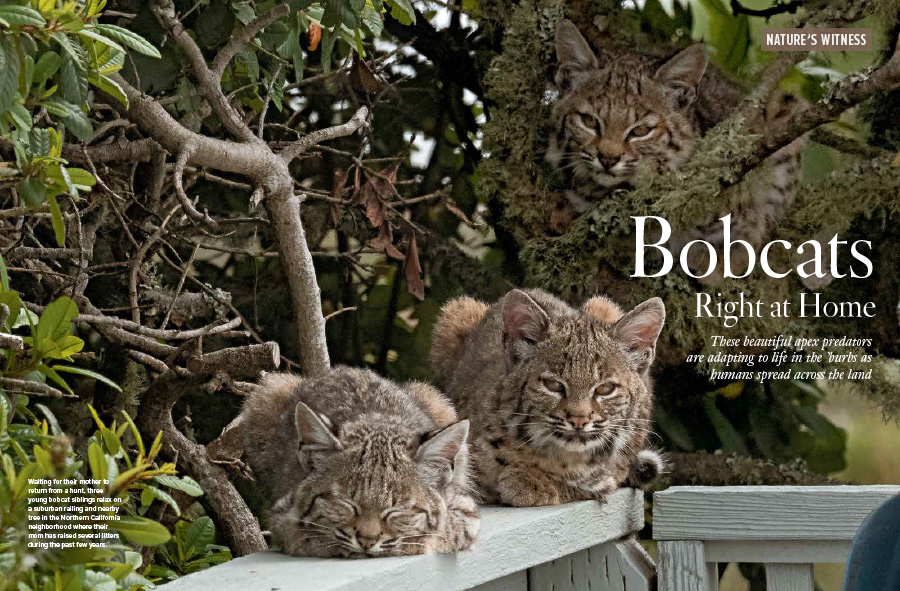 Waiting for their mother to return from a hunt, three young bobcat siblings relax on a suburban railing and nearby tree in the Northern California neighborhood where their mom has raised several litters during the past few years. (Photo by Sarah Killingsworth)

THE MOST WIDESPREAD WILD CAT in North America, bobcats are adapting surprisingly well to suburban environments as human development spreads. Yet this adaptation comes at a cost—and requires human acceptance.

As a longtime wildlife photographer and naturalist, I focus on coexistence with native predators such as coyotes and bobcats, which have been hunted for pelts and sport for centuries. Of all the animals I cover, elusive bobcats have unique appeal with their beautiful coat, graceful but muscular build and exceptional hunting and parenting skills.

As humans develop grasslands, woodlands and other preferred bobcat habitat, these animals must adapt to survive, learning to navigate roadways that dissect the territories where they hunt, find mates and raise young. At risk of road fatalities and inbreeding within isolated populations, they also face threats from human actions such as use of rodenticides that lace bobcat prey with poisons, harassment due to misplaced fear of these predators or even capture as pets. I have spent several years photographing one female bobcat as she raised multiple litters of kittens in a suburban neighborhood in Northern California. A few days a week for months on end I would quietly track her movements, keeping my distance. I saw how she hid her young in safe spots, even in suburban yards. She’d hunt tirelessly for her kittens, and when they were old enough, teach them how to hunt, where to find water and when to trot across a street (pictured).

People can help bobcats by not using rodenticides, leashing dogs, keeping pet cats indoors, never feeding bobcats and driving slowly, especially at dawn or dusk near greenbelts. Such actions will enable these animals to thrive among us. 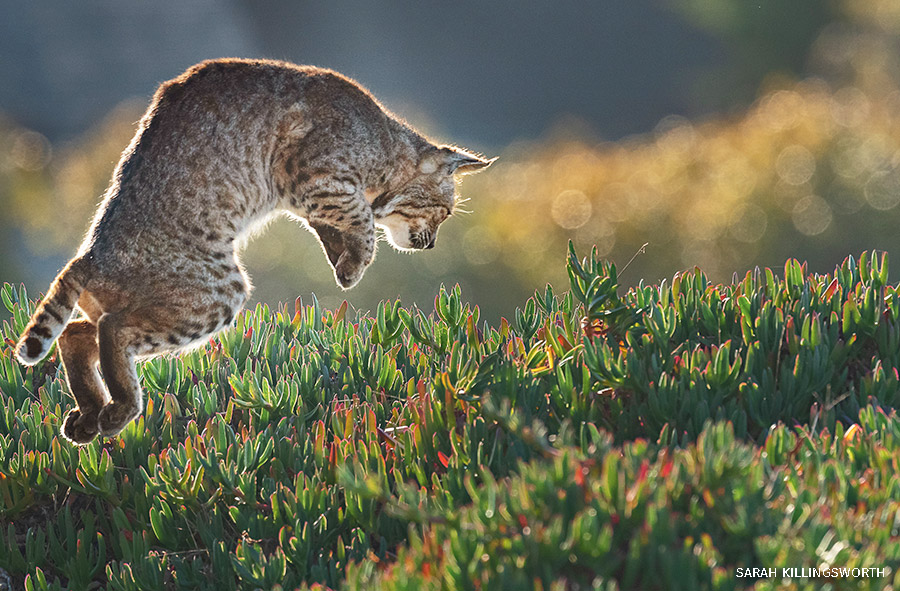 Backlit by the setting sun, mama makes a practiced leap (above) for a hidden gopher during one of several hunting trips she must make each day to feed her hungry kittens—and herself. After nabbing a gopher, vole or rabbit, she’ll select one kitten to receive the meal, then head out for more. A skilled hunter, this mother’s devotion and tenderness were also striking. She’d stash her young in the brush or other safe place before leaving to hunt, then call them out of hiding upon her return. They’d come running for food, nuzzles or a bit of grooming (below)—always an adorable reunion. 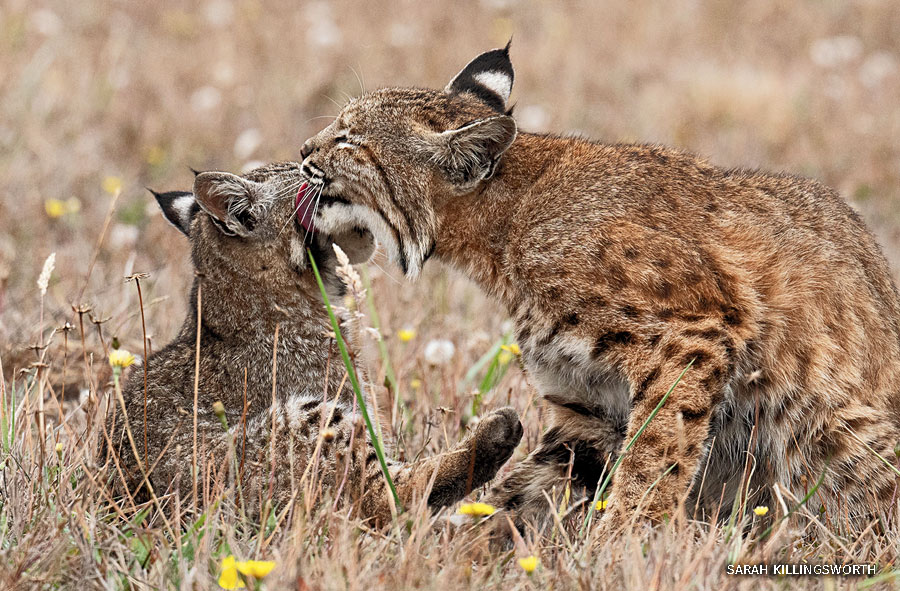 Sarah Killingsworth is a wildlife photographer and educator based in California.