Rodenticides kill countless nontarget creatures, from wild cats to owls, but you can avoid the poisons. 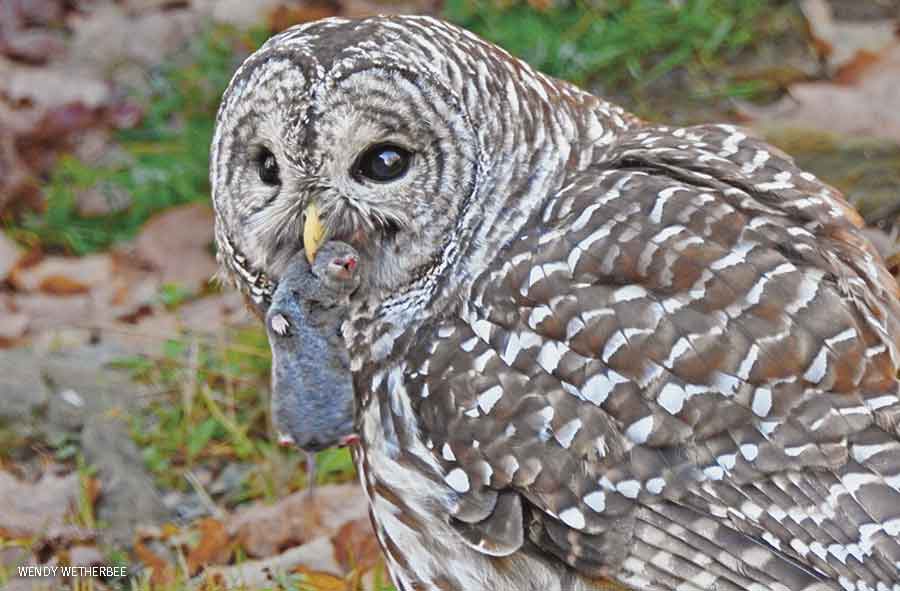 Rodent-feeding barred owls are among the many unintended victims of rodenticides.

IN 2013, THE MOUNTAIN LION KNOWN AS P-22 was featured on the pages of National Geographic magazine, photographed in front of the Hollywood sign high in the hills of Los Angeles. But a year later, this urban puma wasn’t looking very photogenic when biologists captured him to replace the battery in his radio collar. He appeared to have a severe case of mange.

Seth Riley, one of the National Park Service researchers tracking the cat, suspected P-22 was suffering from rodenticide poisoning after eating contaminated rodents, and blood tests confirmed it. When these ingested rat and mouse poisons don’t kill outright, they can lead to skin diseases and other health problems, says Riley. But P-22 was lucky: He was treated and survived—not the case for most rodenticide victims.

“We have documented a ton of exposure to rodenticides in carnivores,” says Riley, including bobcats and coyotes as well as mountain lions. Because most rodenticides are anticoagulants that interfere with blood clotting, many of the unintended targets bleed to death.

“The problem is both urban and rural, and it’s widespread,” says Beth Pratt-Bergstrom, regional executive director of the National Wildlife Federation’s California office. “It is not limited to the West Coast.” The long list of rodenticide victims includes foxes, raccoons, skunks, bald and golden eagles, American kestrels, red-tailed and Cooper’s hawks and barn, barred and great horned owls.

Depending on the product used, rodenticides are dispensed by licensed companies or homeowners who place them inside bait boxes. Unfortunately, “the poisoned rats don’t die in the boxes,” says Philippe Thomas, a biologist with Environment and Climate Change Canada’s National Wildlife Research Centre who has studied the poisons’ effects in wildlife ranging from fishers and martens to birds of prey. Instead, he says, “they typically live for five to seven days and become little walking poison packages.”

“If you use rodenticides to control rats,” says NWF Naturalist David Mizejewski, “there is a fallout.” But preventive practices can eliminate nearly all rodent problems, he adds.

Kian Schulman, founder of the nonprofit Poison Free Malibu, says one critical step is to make sure your trash bins are secure. “And don’t put pet food outside, or at least no more than what will be consumed in one day,” she says. If you put out birdseed, keep the area clean. Most important, rodent proof your home and garage. To do it yourself, find out how at PoisonFreeMalibu.org. For help, Schulman suggests hiring a rodent-exclusion company. If you use a conventional pest-control company, she adds, they will almost always use rodenticides.

Doreen Cubie wrote about avoiding insecticides in the April–May 2018 issue.