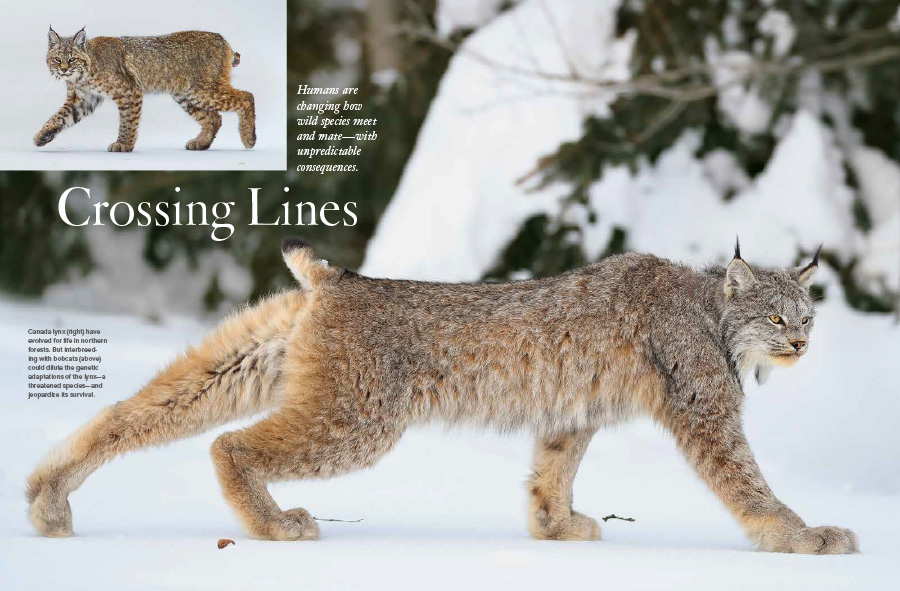 Canada lynx (above) have evolved for life in northern forests. But interbreeding with bobcats (left) could dilute the genetic adaptations of the lynx—a threatened species—and jeopardize its survival.

ROMEO AND JULIET. Antony and Cleopatra. Rhett and Scarlett. And … wild cats? Matings between Canada lynx and bobcats might not rank among Most Tragic Couples, but perhaps they should. From the Great Lakes to Ontario, Maine and New Brunswick, these two species—one threatened, one more abundant—are pairing up, and wildlife researchers worry about an unhappy ending.

Canada lynx are genetically fine-tuned for life in northern forests, with plush coats that insulate them from brutal cold and giant, snowshoelike paws that help them travel easily atop deep snow. Thinner-coated, smaller-pawed bobcats are built for less-extreme conditions, but warmer winters have allowed them to move north into formerly lynx-only landscapes. Recent studies show that when the cats cross paths, they can produce fertile offspring that continue the gene mixing by mating with each other and with members of their parent species. 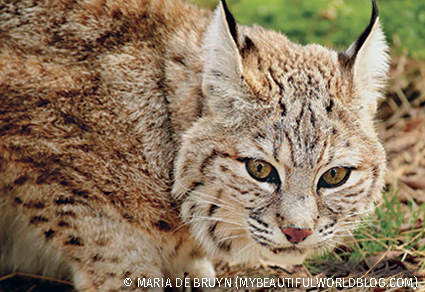 Experts on both sides of the border fear that continued breeding between Canada lynx and more-numerous bobcats could swamp the genetic characteristics that make lynx unique. The species was already in trouble. Lynx have lost much of their range to logging and other development, and where they occur in the lower 48 states, they’ve been federally listed as a threatened species since 2000. “Humans are altering the evolutionary trajectory of species,” says Elon University wildlife ecologist Amanda Chunco. “Hybridization can produce rapid evolutionary change or lead to extinction.”

The cats aren’t alone in the genetic mixing bowl. Chunco cites news of Arctic hunters taking polar bear–grizzly crosses, dubbed “pizzlies” in media reports. “Polar bears are emblematic of species threatened by climate change,” she says, “and hybridization with grizzlies is one more layer of threat.” In fact, climate change is pushing and pulling many species into what scientists call hybrid zones—overlapping ranges where interbreeding becomes more likely.

Jeff Bowman, a researcher for the Ontario Ministry of Natural Resources and Forestry, has watched this happen to northern and southern flying squirrels. In the early 2000s, the southern species took advantage of several mild winters in a row, occupying forests more than 120 miles north of their usual homes. Some migrants mated with members of the northern species already living there. Since then, Bowman has continued to observe territorial shifts. Climate instability powers “a dynamic leading edge” to the southern flying squirrel range, he says.

As hybridization between mobile southerners and their northern kin continues, Bowman questions potential impacts on their shared habitats. Southern flying squirrels eat and distribute seeds from trees such as beech and oak. Northern flying squirrels eat and disperse fungi essential to tree health and play a vital role in fertilizing coniferous forests. Will their offspring perform the same roles? “We don’t yet know the consequences of hybridization for these ecosystem services,” Bowman says. “Uncertainty remains in where the story arc will take us.” 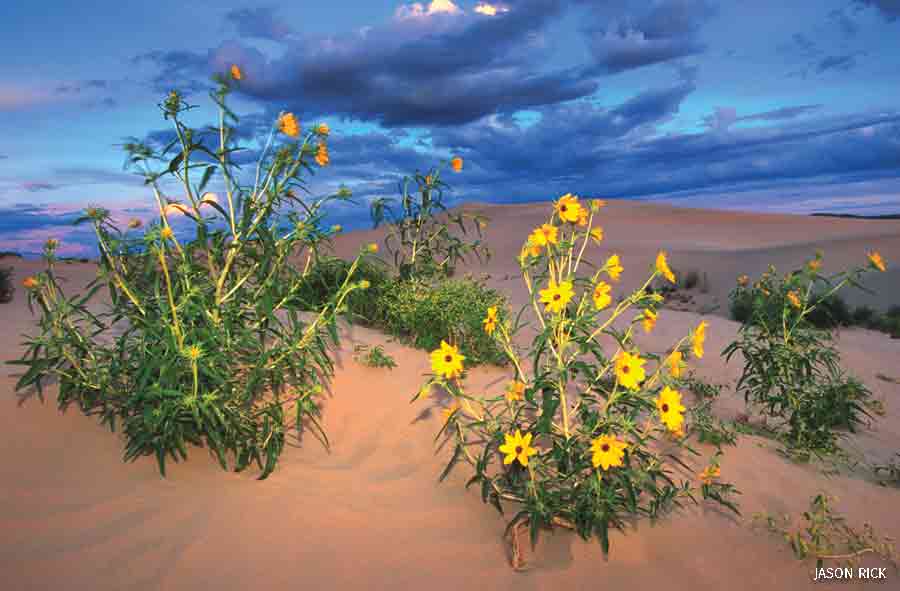 Hybrids carry a mix of genes from their parent species. This blend can offer benefits for some, such as the ancient hybrid sunflower Helianthus anomalus (above), which can thrive in desert habitats neither of its ancestral parents could endure. But mixing may also dilute the unique characteristics of at-risk species that breed with more-abundant mates. Two examples causing concern are the Canada lynx–bobcat hybrid (captive, top) and the hybrid (below) of Hawai‘i’s native duck and proliferating introduced mallards.

Driving climate change is not the only way humans have acted as unwitting wildlife matchmakers. Moving animals and plants to suit our interests has created other tragic pairings. North American mallards, for example, were introduced to Hawai‘i starting in the 1880s as pets, game and decorative occupants for ornamental ponds. Roaming beyond their intended estates, feral flocks of the noisy, gregarious birds spread across the islands. Meanwhile, smaller, quieter koloa maoli—Hawaiian for native duck—lost habitat to agriculture and urbanization, lost nestlings to predation by invasive rats and mongoose, and were federally designated as an endangered species in 1967.

Though Hawai‘i imposed a complete embargo on mallard imports in 2002, existing populations have continued to flourish and interbreed with the rare and scattered natives. When young male koloa begin searching for mates, says University of California–Davis researcher Andy Engilis, “they’re apt to wander and encounter feral female mallards” in managed wetlands and human-altered landscapes. Koloa–mallard crosses are fertile, and because mallards are so common, a crossbred duck is more likely to mate with one of them than with a koloa. “As generations pass,” says Lissa Strohecker of the Maui Invasive Species Committee, “hybrids become less and less koloa.” Hybridization now ranks as the chief threat to koloa survival as a species. 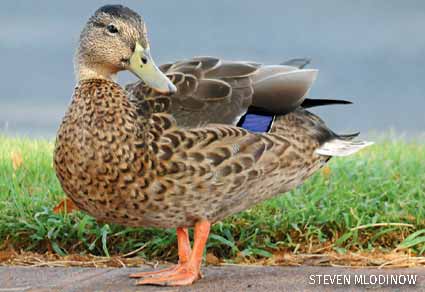 Man-made hybrid hazards also impact Montana’s iconic cutthroat trout. Rainbow trout imported from the West Coast to stock the state’s lakes and streams have become Montana’s No. 1 game fish, their hefty size and aggressive feeding habits making them popular with anglers. But fly-fishers and conservationists who care about the future of the smaller, more-elusive native trout are concerned.

Cutthroats have been adapting to life in the Northern Rockies for 10,000 years; hatchery-spawned rainbow populations have had less than 1 percent of that time to adapt their DNA to local conditions. Increasingly common interbreeding between the two not only risks diluting survival traits coded in cutthroat genes, but recent studies show that the species’ hybrid offspring waste reproductive effort: “Cut-bows” produce only half as many young as their parents, and descendants dwindle and die out in just a few generations. 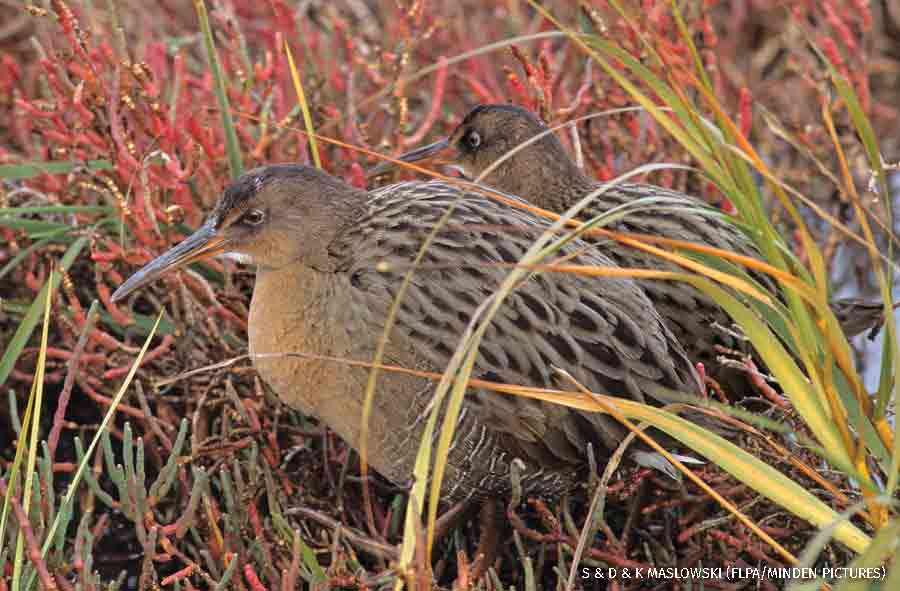 Climate change is pushing species such as the southern flying squirrel (below) into mating contact with northern kin. The offspring of such pairings may alter the ecology of forests where flying squirrels are dispersers of seeds and fungi. Hybridization between native and introduced cordgrasses around San Francisco Bay has displaced important local plants such as pickleweeds but also has expanded habitat for endangered Ridgway’s rails (above).

Losers and winners in the hybrid lottery

When two plants from opposite coasts met in California, they created the opposite problem: a hybrid eruption so vigorous it disrupted an entire ecosystem. When the U.S. Army Corps of Engineers installed Atlantic cordgrass, Spartina alterniflora, along the San Francisco Bay in the early 1970s, the fast-growing East Coast plants were intended to help stabilize eroded shorelines. They were not meant to mix with slower-growing, endemic Pacific cordgrass, Spartina foliosa, but it happened anyway—with serious consequences.

The pollination periods of the two grasses have scant overlap, and first-generation crosses are rare. But it only took a few such crosses to launch an ecological juggernaut researchers call a “highly fertile hybrid swarm.” Spartina hybrids produce 21 times more pollen than S. foliosa and flower over a wider time span than either parent, forming a reproductive bridge between the species. Hybrids rapidly invaded much of the estuary, displacing native plants such as pickleweed—which provides food and shelter for endangered salt marsh harvest mice—and transforming open tidal mudflats into cordgrass meadows.

“This is one of the biggest stops on the Pacific Flyway, and both migrating and resident birds rely on our mudflats as foraging grounds,” says Marilyn Latta, manager of the California State Coastal Conservancy’s Invasive Spartina Project (ISP), launched in 2000 to reclaim wetlands from the invaders. “We’ve planted 450,000 seedlings of native Pacific cordgrass in the past nine seasons,” she says, “while at the same time continuing to remove invasives and prevent re-hybridization”—a multimillion-dollar undertaking Latta compares to a giant game of whack-a-mole. 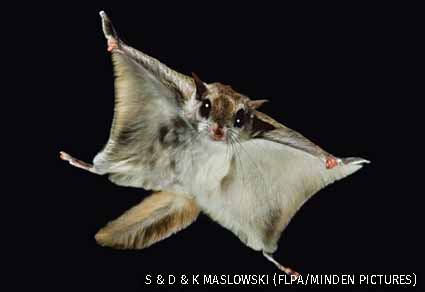 One local waterbird has further complicated the effort. Federally listed as endangered, Ridgway’s rails rely on tall, dense stands of cordgrass to conceal them from predators as they feed and to shelter their nests. Their numbers grew as Spartina grass hybrids claimed more territory, creating expanded habitat, but rail numbers declined again as ISP’s eradication efforts took effect. Protecting the birds has required that ISP leave a number of stands of hybrid Spartina untreated until native grass restoration advances far enough to offer resident rails somewhere else to go.

That complexity—the difficulty of predicting winners and losers in any hybridization game—is worth remembering, says University of Georgia genetics professor Mike Arnold. He’s used modern genomics tools to examine the impact of hybridization on the evolution of organisms from flowering plants to primates. “Long before we were changing ecosystems, this mixing was happening,” he says. “Hybridization has driven major evolutionary events across the history of all major plant and animal groups.”

Wild sunflowers show the benefits possible when hybrids reshuffle their parents’ genes. Recent genetic analyses reveal that three unusual Helianthus species independently arose from mixing between common sunflowers and prairie sunflowers thousands of years ago. Scattered across deserts from Texas to Nevada, they’re adapted to conditions no other sunflowers can tolerate, with features such as smaller, more-succulent leaves that store water, long taproots that anchor them in shifting sands, and early bloom times that let them flower and set seed before summer’s heat and drought arrive.

Trading genetic material between species generates a wealth of variations far more quickly than the accumulation of mutations within a single species, Arnold says. Will that help plants and animals keep pace with climate change and other human alterations to environments? “I’m concerned at the rapid nature of the changes we’re causing,” he says. “Natural hybridization is one of the primary processes that allows adaptation to occur, but will it be enough? We just don’t know.”

Learn how NWF is working to help species and habitats adapt to climate change at nwf.org/Our-Work.

Pushing Boundaries »
New Hybrid Shark a Sign of Climate Change Adaptation? »
Adaptations To The Max — Wildlife At The Extremes of Altitude, Cold, Heat and Depth »
Up Against a Wall »