A photographer documents hope and success of an ambitious giant panda breeding program. 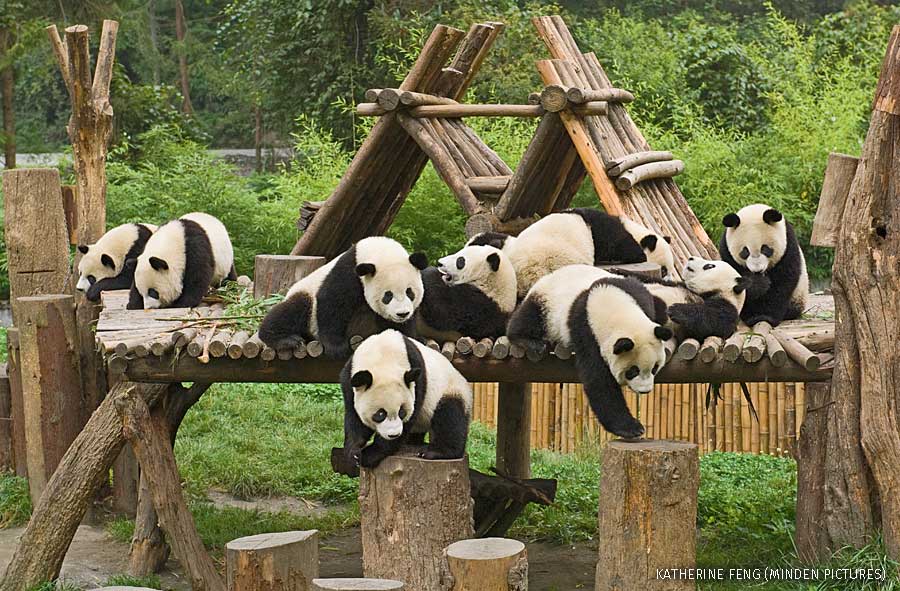 KATHERINE FENG FIRST BEGAN documenting giant pandas at China’s Wolong National Nature Reserve in 1997—and has returned every year since, using her images to raise awareness about one of the world’s most-ambitious programs to breed an endangered species for release into the wild. She caught this playful pile of year-old cubs in 2006, one year after Wolong’s most successful breeding season, when 16 cubs were born and survived. “It was a triumph,” she says. 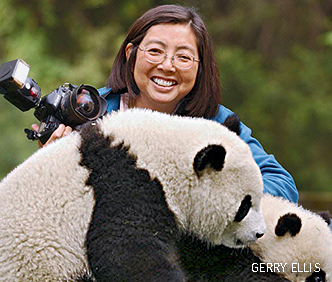 Triumph took years of trial and error to help pandas successfully mate in captivity and to train staff to nurture the fragile newborns. Once they’re walking, cubs play together, sharing the reserve’s climbing structures, which provide enrichment and help build muscle. “Cubs can be very social. I’ve never seen them fight,” says Feng. “I wish people would get along as well as panda cubs.”

Feng is also documenting many of China’s other endangered species, including gibbons and white-headed langurs, and using her photographs to raise funds for conservation. “People want to save what has value,” she says. “That value may be the emotions that images evoke in people.”