Bison transfer from Denver, Colorado, to Cheyenne and Arapaho People 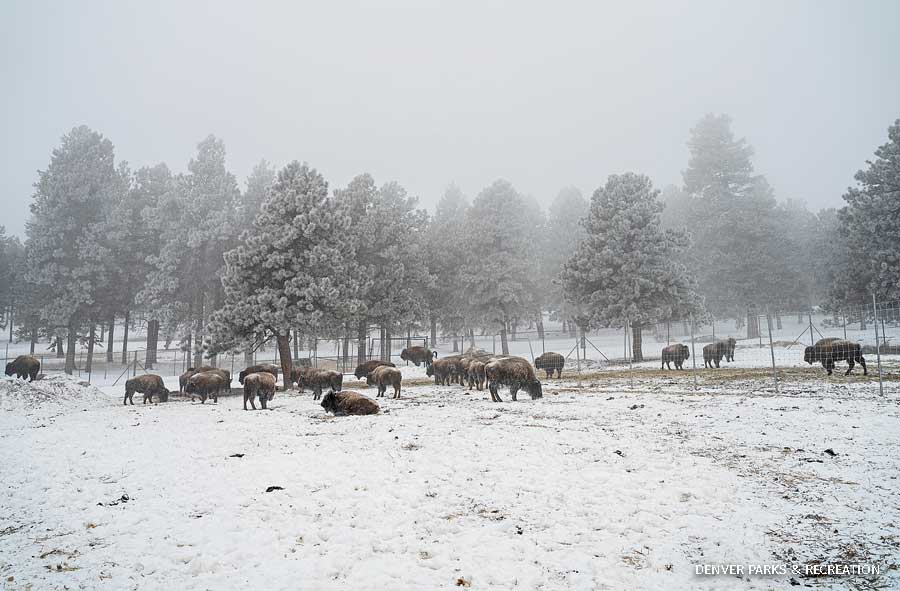 Bison in Denver’s Genesee Park (above) await transfer (below) to various Tribes, including Cheyenne and Arapaho People of Denver. Richard TallBull of the TallBull Memorial Council (bottom) addresses a reverent crowd at the transfer.

SNOW FELL GENTLY on a reverent crowd of Cheyenne and Arapaho People and others gathered in Denver’s Genesee Park last March for a ceremony that signaled the healing of historic wrongs—a healing long overdue.

Denver Parks and Recreation (DPR) manages two herds of bison—known as buffalo to Native Americans. Typically it has auctioned off most surplus animals each year. But last year, for the first time, it decided to end the auction and transfer all surplus bison to Indigenous Peoples. In March it gave 15 animals to the Northern Arapaho Tribe in Wyoming, 17 to the Cheyenne and Arapaho Tribes in Oklahoma and one to the TallBull Memorial Council (TBMC), a cooperative of Cheyenne, Arapaho and other Indigenous Peoples who have exclusive use of about 70 acres within the city’s Daniels Park for practicing their cultural traditions. There, they honored the return of the buffalo, a sacred source of physical and spiritual sustenance. 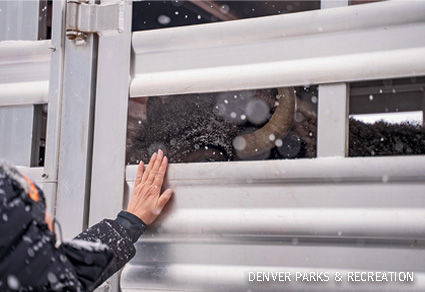 For TBMC board member Bill TallBull, the event held the weight of a dark history. He and his people still live the pain of the Sand Creek Massacre, when, in 1864, hundreds of Cheyenne and Arapaho men, women and children who had gathered in the Territory of Colorado to negotiate peace were slaughtered by the U.S. military. That history is rarely taught, “but it affects me every day,” says TallBull, recalling that day’s horror and also how his people were robbed of their lands, their buffalo driven to near extinction. “They took everything from us,” he says. “Now we’re finally getting to the point where we’re sitting at the table and sharing our history. Our council’s mission is to bridge the educational gap and build understanding of who we are as Native People.” The bison transfer was one step along that bridge. 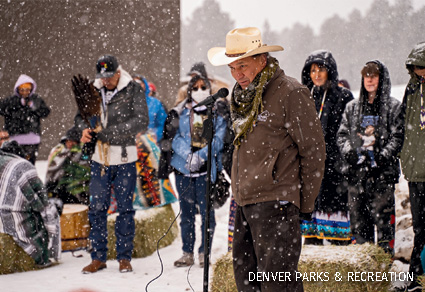 For Bill TallBull, these are promising steps on a long road toward a future where, he hopes, his people will have their own herd to manage and will again be free to hunt and fish on their traditional lands. “Open minds and desire to learn brought us to this bison donation program,” he says, “and the significance of that day feels profound. We are part of Mother Nature. My skin is brown like the dirt. My ancestors’ blood is in the dirt, nurturing plants and flowers. Look at the snow that came down on that day. It was a blessing. The day was healing for us.”

Lisa Moore is the editorial director of National Wildlife.